Don’t drive slowly in the right – passing – lane. This is one of those indiscretions that not only is a scourge to everyone’s dad’s blood pressure but is against the law in many states. The right lane is for passing – slower traffic keeps left! Driving slowly in the right lane forces people to pass on the left and it can also form an impenetrable “roadblock” for the person behind you if you’re going the same speed as the car in the other lane.

If you’re stuck behind a car in the right lane that won’t move over, it’s common to want to tailgate until they get the message. Try flashing your headlights instead. For whatever reason it feels a little more uncomfortable to do this rather than tailgating – it’s less passive-aggressive I guess – but it’s safer than riding their bumper. And if you’re the offender, lost in belting out “Total Eclipse of the Heart” while cruising at 60 mph in the right lane, get over as soon as you see someone coming up behind you, and mend your ways ever after (both in your driving and your music choices).

Maintain a consistent speed. One thing right-lane putterers will do to add insult to injury is to accelerate once someone behind them gives up and tries to pass on the left. Then a little while later they’ll slow down again. Many times it’s not even a conscious act; they just aren’t paying enough attention to their surroundings. I remember one road trip where we must have passed, and been passed, by the same car 50 times in 500 miles. Cruise control is your friend.

Let people into traffic when appropriate. In addition to letting people out of a parking lot when you’re coming to a stop, it can be gentlemanly to let someone in front of you when the light turns green and traffic starts rolling again. But just let one guy go; the people behind you deserve to get where they’re going too. And it’s not truly courteous to stop and let someone in when there isn’t congestion and you’re not slowing down for a traffic light; stopping suddenly in moving traffic can be dangerous for the person behind you who isn’t expecting it.

Don’t text (or talk on the phone unless absolutely necessary). This gets enough attention these days that I don’t think I need to say too much. Don’t do it. It’s dumb. It kills people. Having spent half my life with a cell phone and half without, I can remember a time when you didn’t have to be in touch with people while you were driving. You still don’t.

Use the horn sparingly. The beep is the equivalent of some guy shouting “HEY!” in an all-pedestrian society. It’s your car’s yell. And like all yelling, it’s jarring, and unless it’s truly needed, can come off as rude. Of course, there are geographic variations in the accepted use of the beep. In New York City it’s just your car’s way of periodically clearing its throat; in Tulsa, I can probably count the number of times I’ve heard a beep in the last few years on one hand. But in general, use your horn sparingly. Employ a loud beep to alert someone else of danger. If the light’s turned green and the person ahead hasn’t moved, give them a 5-second cushion before issuing a short, light beep – one that says, “Go on old chap,” rather than, “Get moving you filthy animal!” 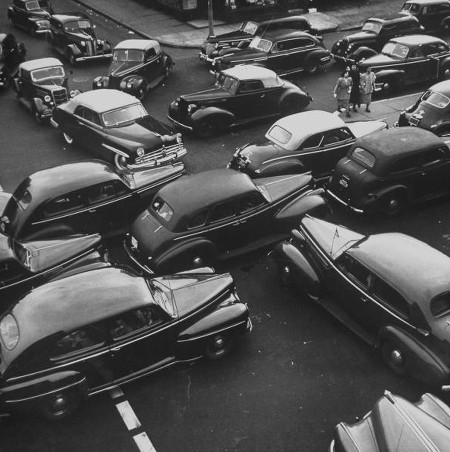 Pull over for a funeral procession. This is an older tradition that I think is still worth preserving – it doesn’t take that long and it shows respect for the deceased, the bereaved, and the circle of life. You can recognize a funeral procession as a line of cars all with their headlights on in the middle of the day. It’s often led by police cars and/or a hearse, but not always. The idea here is to keep the line altogether, without other cars getting in-between. Obviously safety is always a top concern – if there’s not a shoulder to pull to, don’t do it. But do it when you can.

Leave ample space between you and the cars next to you. Nobody likes to come out to their car to discover that they’ll have to perform an elaborate shimmy to get back inside it. Even if you have to back out and back in again to get the ratio of space on each side right, take the extra minute to do it.

Offer the “I’m sorry” wave. The gentleman driver isn’t perfect. When you do something unintentionally to inconvenience or endanger someone else, own up to it and give the old “I’m sorry” wave. 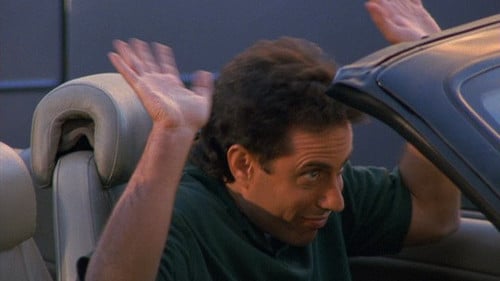 What are your guidelines for being a gentleman behind the wheel? What do you wish fellow drivers did less or more often? Share with us in the comments!